Many of the lectures, talks and sermons given by Rowan Williams during his tenure at Canterbury were published on a dedicated Archbishop of Canterbury website. That website now refers to Williams’s successor at Canterbury. The entire site as it was at the end of Williams’s tenure in December 2012 was archived to http://aoc2013.brix.fatbeehive.com.

A few weeks ago, the website vanished without trace. I was concerned at the loss of a rich resource.

To my considerable relief it has now reappeared as http://rowanwilliams.archbishopofcanterbury.org!

A great deal of Rowan Williams’s theological work relates to Christology and to the church — to the centrality of Christ in all that the church is. He interweaves his Christology with his theology of the church as the Body of Christ. Williams’s work as a senior church leader demanded that he think long and hard about theology of church, but he had been doing that well before he became a bishop in 1992. How you think about theology, Williams has said, depends on how you think about the church. [1] Other disciplines, notably philosophy and history, also apply as Williams uses them to support his theology.

In studying Williams’s work, I draw on his writing and speeches rather than an interrogation of his biography, although, of course, the two have influenced each other. Most of Williams’s scholarship is found in lectures and journal articles. Many have been gathered into substantial books, but many of Williams’s recent lectures are available only as webpages or online video and audio recordings.

The amount of secondary theological material on Williams is still relatively modest.

Williams has written neither a systematic theology as such nor a comprehensive ecclesiology and he is critical of “encyclopaedic doctrinal surveys.”[2] “When you try to tidy up unsystematised speech, you are likely to lose a great deal.”[3] A desire for a unifying discourse beckons us away from the particularities before us, “persuading us to ignore what is awkwardly or meaninglessly there.”[4] He commends Raimundo Pannikar for “warning us away from the lust for religious Grand Theory.”[5] Several authors have noted Williams’s preference for particularity, not systemisation, but this does not make him inconsistent.[6] He has maintained considerable consistency through a vast body of work over several decades.

In thinking about Williams’s work I prefer to define some terms because that is what Williams does. Usually he adopts an everyday understanding of everyday words. (This can be connected to his appreciation of Wittgenstein’s philosophy of language.[7]) Williams prefers exposition to definition. Such an approach is not naïve and does not prevent a profound and sometimes complex consideration of ideas. On the contrary, a flexibility of usage allows Williams to take his discussion where he wants it to go.

Stephan van Erp (who translated Williams’s Faith in the Public Square for publication in Dutch) observes that Williams is well able to put himself in another’s position and to express the other’s views. He sometimes does this, however, in a way that makes him seem to be an advocate for the opposing camp with which he is engaged. That can make his texts confusing, as at times his own standpoint is unclear; it is not always obvious whose views he is expressing—his own or those of another whom he is discussing. A benefit of this gift of space to the other is that Williams’s conclusions are often accompanied by constructive proposals for better understanding of the other party and for conversation with those who disagree.[8]

In a survey of doctrinal theology in the Church of England, Paul Avis identifies several leading contemporary schools of thought. Then, he says, there is Rowan Williams, who is “in a class of his own” and “unique”.[9] Williams generally prefers an apophatic theology, to the satisfaction of his admirers and the frustration of his critics. What Williams himself would describe as his catholic outlook is not to the taste of some protestants, but he not a ‘Roman’. Opinions also differ as to whether Williams can be described as theologically liberal. It is not a label he would apply to himself. 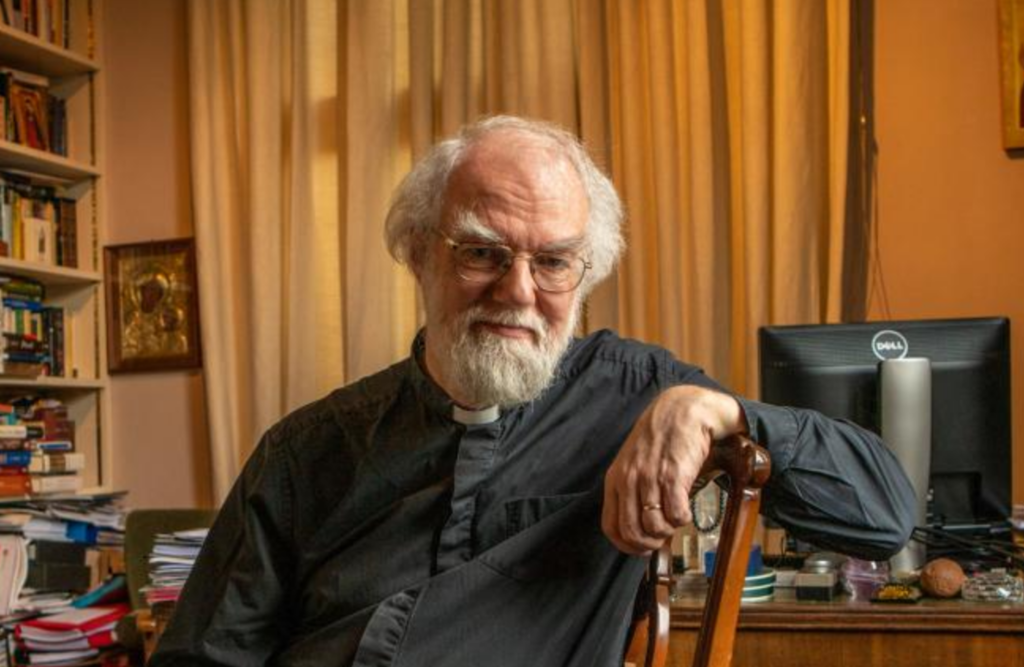 It’s good to be grateful for one’s elders and teachers. The 14th of June 2020 was the 70th birthday of Rowan Williams — The Rt Rev. and the Rt Hon. Professor Rowan Douglas Williams, Baron Williams of Oystermouth, PC, DPhil, FBA, FRSL, FLSW. His writing and ideas have been my constant companion for nearly twenty years and will be food for study and prayer for the rest of my life. [Photo credit: The Times]